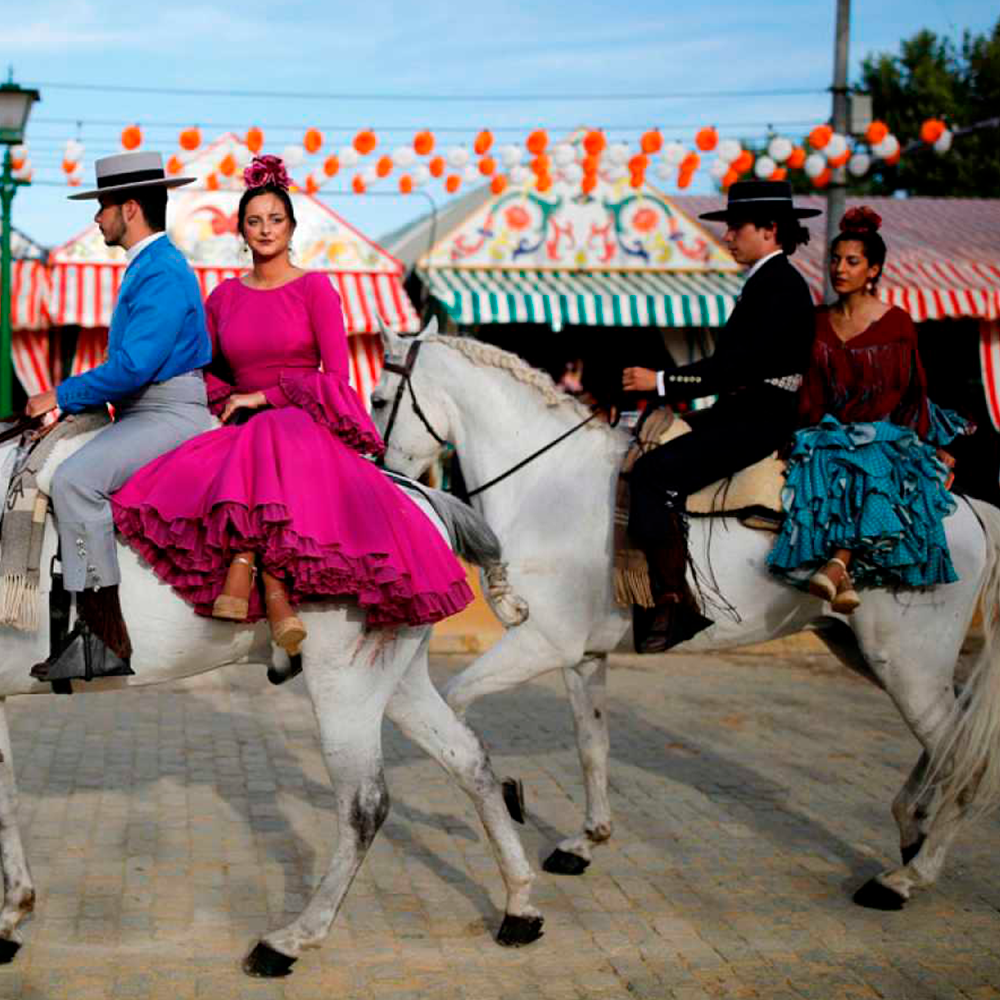 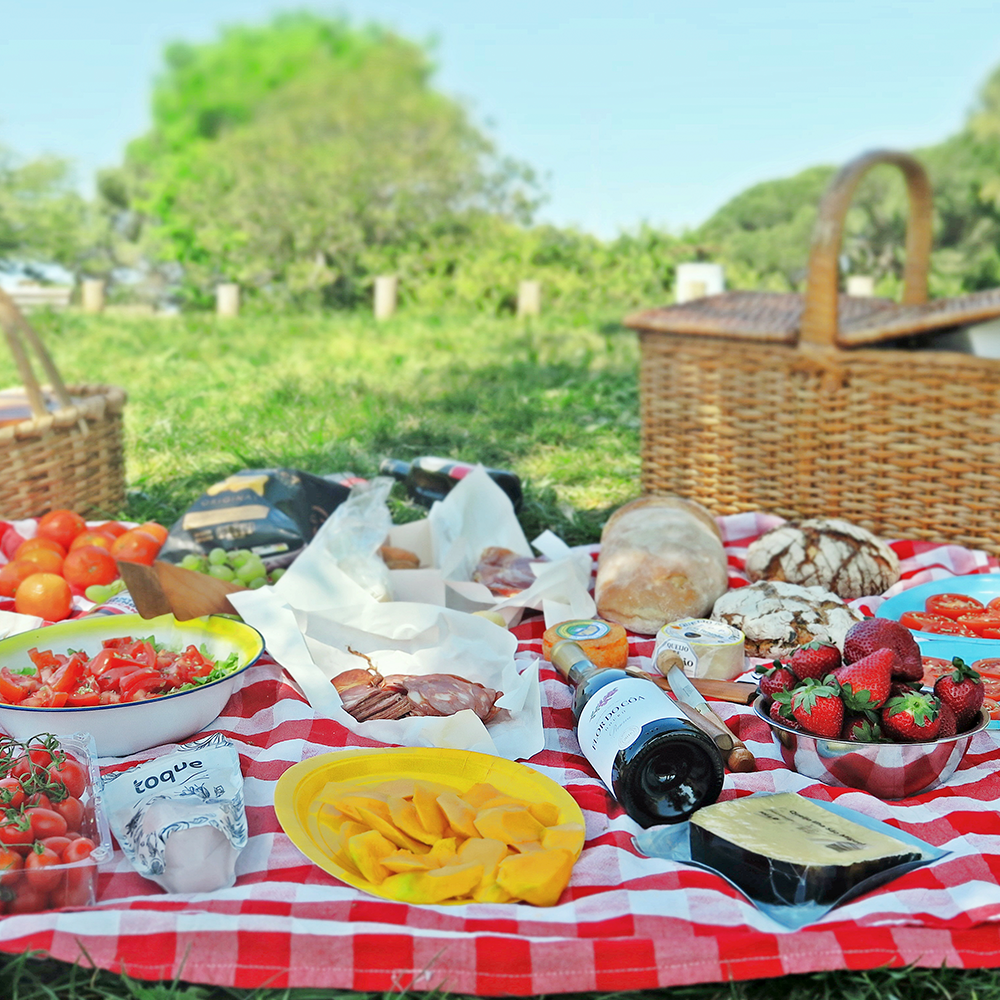 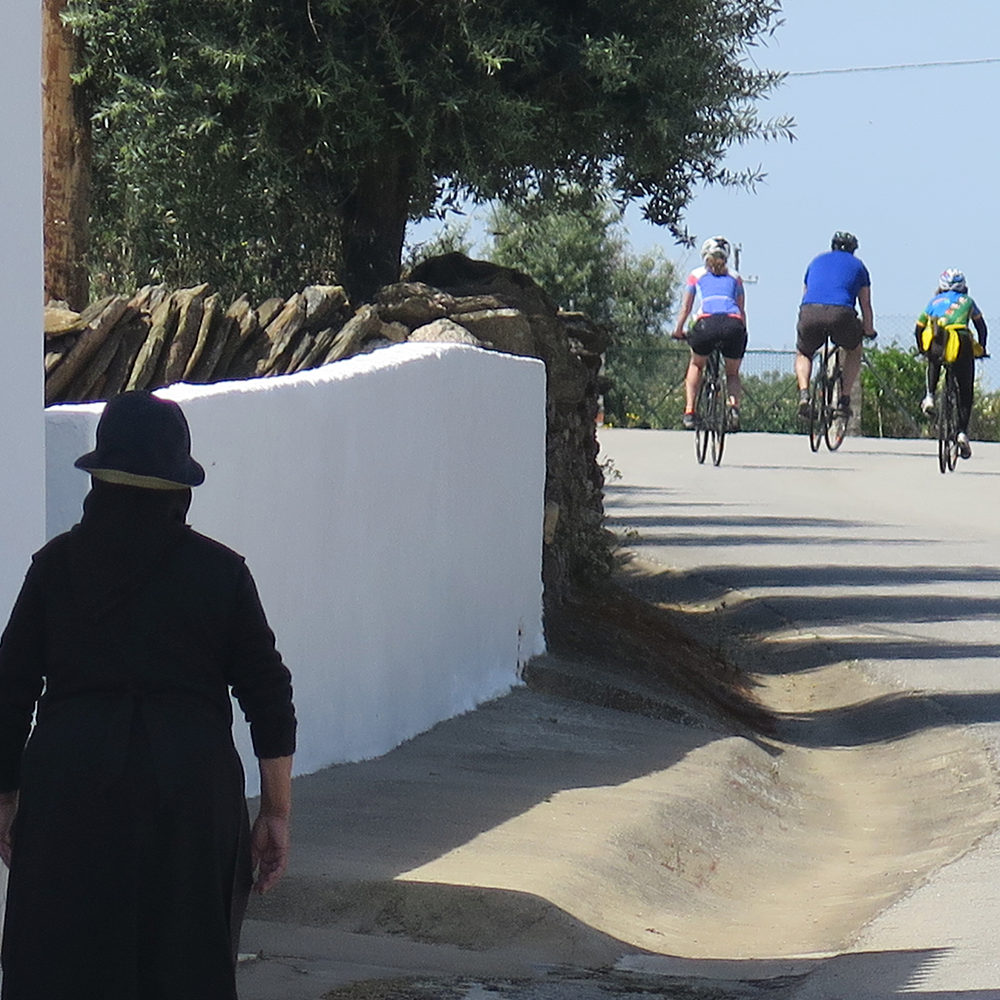 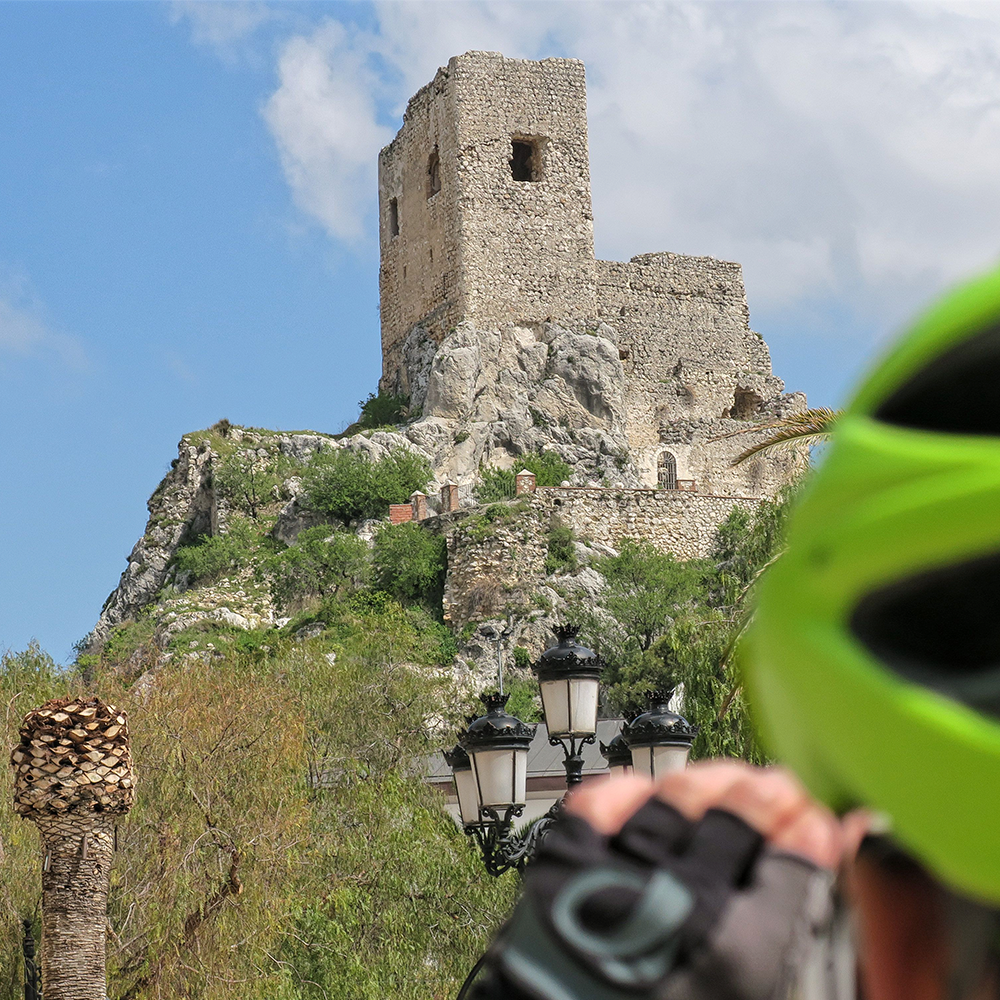 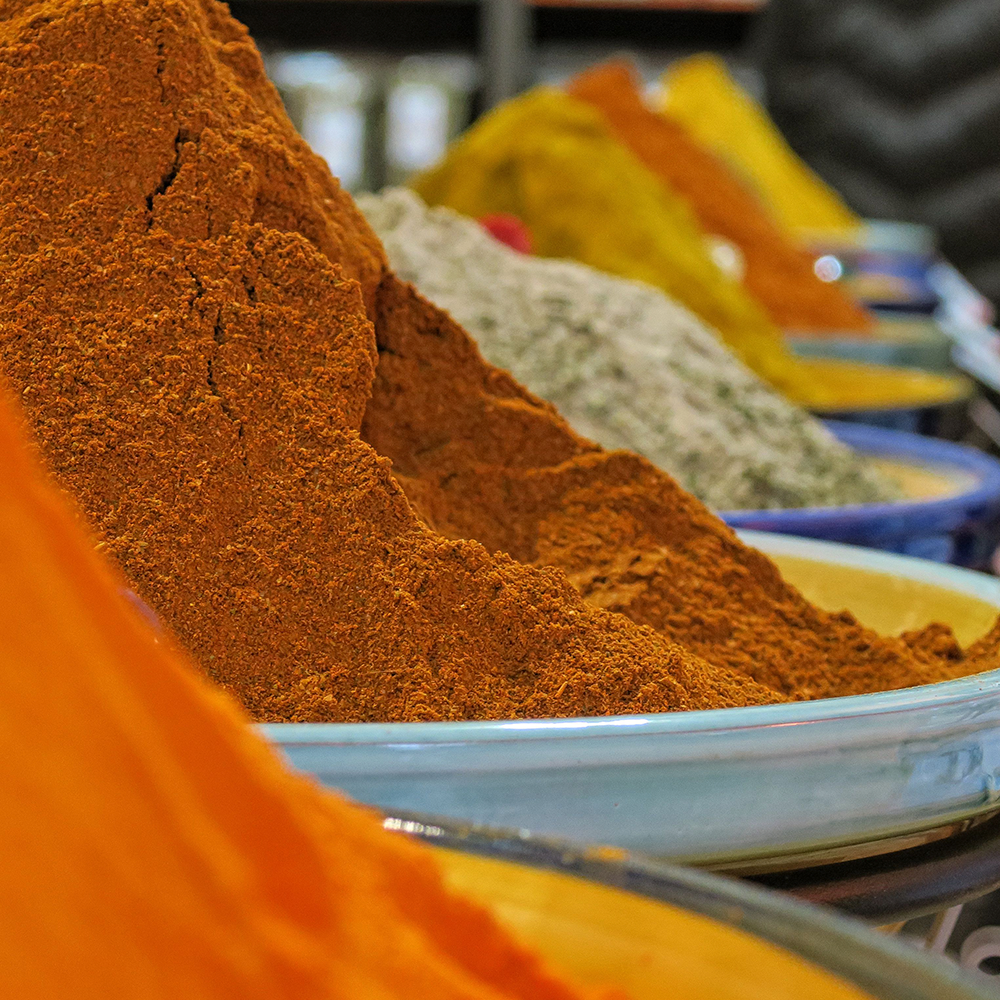 ✓ Ride through the “white villages” and medieval towns, including Medina Sidonia and Ronda
✓ Taste Sherry in the cellars of a prestigious producer
✓ Stay overnight in a selection of charming hotels including the Antequera Parador
✓ Take one of the best selfies ever on Caminito Del Rey walking path

At your own pace and preference discover Seville, unique and cosmopolitan, full of history and lively culture.

Settled in the vast plains of the Guadalquivir river, not far from the ocean, Romans and Moors gave it monumental beauty and centuries later the city gained exclusive trade with the new world.

The wealth of such trade materialized in palaces and churches, bridges and fortresses, it commissioned the talent and inspiration of Murillo, Zurbaran and Velasquez, among many others.

In this city, birthplace of the (now) classic guitar, men and women court through dance, like flamboyant flamingos, in the unique Flamenco dance. And even if you do not manage to meet Carmen, a buggy stroll in the tender Sevillian night will certainly make you travel in time.

SHERRY TASTE AND TRANSFER TO THE ATLANTIC COAST

Meet your guides at your hotel in Seville , and after a transfer to Jerez de la Frontera, home of the best Sherry, the secrets of this generous wine will be revealed to us during the visit to the cellar of Tio Pepe.

A light, colorful and delicious tapas lunch in Jerez’ old neighborhood, grants the energy for our warm-up loop ride out of our hotel in Vejer.

FROM THE TUNA TO THE BULL FARMERS

Before hopping on our bikes we will drive you to the Trafalgar lighthouse (the namesake of the naval battle) and fishing harbour where, since Roman days, the labyrinth net “almadravas” still catch robust tuna fish on their migration to the Mediterranean.

Cork oak trees and rolling hills are today’s terrain as we head north to the picturesque villages of Medina-Sidonia and Arcos de La Frontera.

The farms along our way are home to the brave and wild Toro, the famous bulls that became a national symbol of Spain. Visit a country estate, watch a demonstration of Andalusian horsemanship and see what life is like for cattle and bull farmers.

Expect the unexpected, if you are a good traveler!

Grazalema natural park is a fine example of that. Collecting the humid ocean breeze, Grazalema mountain range has one of the highest precipitation of the entire country, and as a result the nature and landscape are in great contrast with what one would expect along the Mediterranean.

We will be riding these serpentine mountain roads, sometimes resembling wide bike lanes which have been vertically dropped on to the hills, making us feel like a 12 year old cyclist having fun.

“I have sought everywhere the city of my dreams, and I have finally found it in Ronda” and “Nothing is more startling in Spain than this wild and mountainous city.” he could not have guessed that others like Ernest Hemingway and Orson Wells would be as fascinated by this city as he was.

Now it is your turn to discover Ronda and a passion for it. Today is an optional riding day, join us for a ride to Setenil, where we will see houses built literally on the rocks and taste the local chorizo, known as the best in the region.

The Caminito Del Rey has a good reputation as a dramatic hike. It is possible that this breathtaking path won’t change its name once we cross it, but when in 1921 Alfonso XIII, then king of Spain did it, it immediately became famous (and got its name).

If you are up for strong and unique experiences you should not miss this one.

Find yourself among farm roads and small villages where agriculture and olive oil production are part of everyday life.

We’ll meet José Aguilera and learn how they have been producing prized olive oil for 4 generations, after joining them for an olive oil tasting and lunch we’ll transfer to the compelling city of Granada, named after the Mediterranean, ruby-colored, pomegranate, and like the fruit of so many grains, its beauties are countless.

The Moors, from northern Africa, literally re-civilized Iberia for over seven centuries and Granada was their capital. It was once the head of a strong Califat, where gardens, fountains and Moorish palaces go hand in hand with monumental churches and old school tapas bars.

The tall gates of the Alhambra are now wide open to peacefully welcome us and the sweet revelation of its treasures.

After visiting the Alhambra, the best in Andalucia gastronomy awaits us at our farewell dinner.

Say goodbye to Granada before we transfer back to Seville, where your guides will bid you farewell.

✓ 6 nights in Hotel
✓ A luxury hotel in the heart of Vejer’s medieval quarter, a traditionally kept manor house from the 1700 ́s that reveal the true character of the region, a recently refurbished Parador and a 19th century palace in Granada.
✓ Luggage transfers
*if a given hotel has no availability we will select an alternative as similar as possible to the hotel listed on the programme

✓ Activities as outlined in the tour itinerary
✓ Entrance fees to historic sites, museums, parks, and all other events
✓ Gratuities for restaurants and hotel service

✓ Experienced local bilingual guides with vast knowledge of the country and the region
✓ Support vehicle that follows the day’s route, distributes water and snacks, and offers lifts when you need a break from the saddle
✓ Pick-up and drop-off before and after your tour from predetermined meeting points
✓ Daily bike maintenance

Why choose to ride Andaluzia?

In the days of the Renaissance, Columbus and Magellan’s expeditions set sail out of Andalucia.

They found “new worlds” and Seville, for the following centuries, became a gateway to the American continent.

Once again Andalucia could live the splendour of those days when Cordoba was the largest and most advanced European city, the days of magnificent palaces, inspired poets, enlightened men of science, and tolerance blessing the coexistence of Christians, Moors and Jews.

Come and discover this European land of contrast, in the vibrant green of  rice fields, the unexpected white crown of dramatic mountain peaks, the wetlands, first and last home of migrating Afro/European birds, the rolling hills and their olive tree mantle, the immaculate white hamlets, the quiet rural roads and the seas upon which Ulysses sailed.

E-bikes included in the price